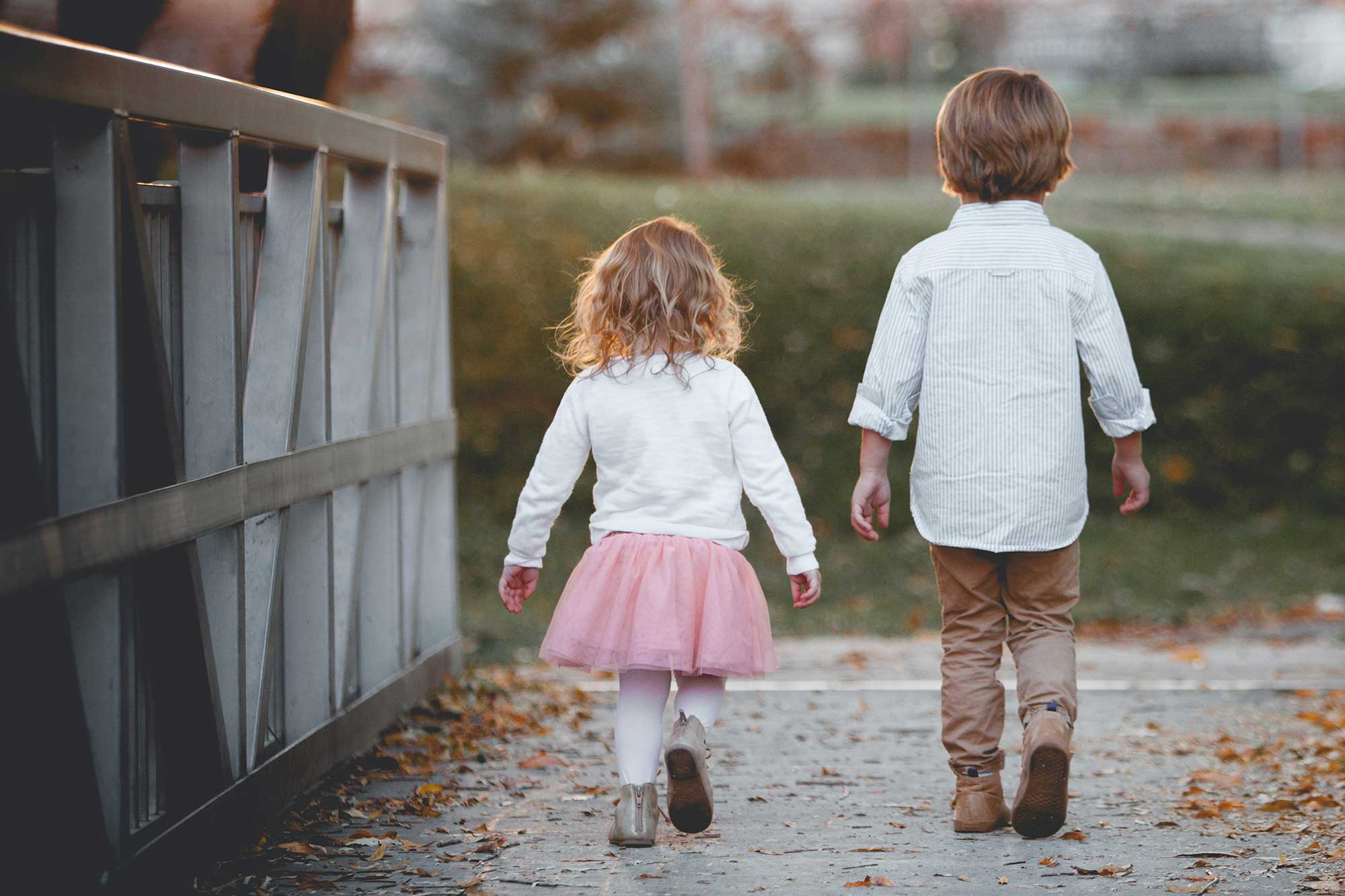 Addressing the emotional and financial needs of children during and after a divorce, or between unmarried parents, is always a primary priority of our attorneys. Learn more about the issues concerning children:

There are two types of custody typically addressed when parents separate or divorce:

1. Legal Custody – Legal custody generally relates to decision-making as to the children’s health, education, safety, welfare, and sometimes religious upbringing.
2. Physical or Residential Custody – Physical or residential custody relates to the issue of with which parent the children will primarily reside and when and how much time they will spend with the other parent in his/her home, or possibly a true, shared 50/50 parenting plan.

Most parents share joint legal custody of their children, making major decisions together; however, that does require that the parents are able to communicate with one another, i.e.,  the ability to consult and confer with each other civilly and respectfully regarding the children. The court is required by law to determine what custodial arrangement is in the best interests of each child.

Parents who cannot agree on a custody arrangement are required to attend a parent education workshop which is presented by the court. After attending the workshop parents are then required to attend custody mediation with a court-appointed mediator, provided by the court at no cost to the parents. If the parents are not able to come to an agreement on custody, there may be the need for a custody evaluation, generally conducted by a psychologist who will conduct psychological testing and evaluations of the parents, possibly also of the children, depending on their ages.  The evaluation will generally include meetings with the parents and the children, home visits, interviews of other family members or friends at the request of the parents or the evaluator. The psychologist will then issue a formal written report with recommendations as to what he/she believes to be in the best interests of the children. Such evaluations are expensive, often requiring a minimum fee of $10,000. Prolonged custody disputes are generally detrimental to the children. It is generally considered best for children to have as much contact as possible with both parents.

The current trend in the law, and in the court system, is to allow each parent as much access to the children as possible unless there are serious issues relating to the mental health of one of the parents, proven allegations of abuse or neglect, domestic violence, proven drug or alcohol abuse by a parent, or special needs of a child which only one parent is able to provide.

The attorneys at BorgerMatez have over 150 years of combined experience in addressing custody and parenting time issues.

RELOCATION FROM NJ WITH CHILDREN

Under New Jersey law, a parent cannot remove children (born in New Jersey or who have lived here for at least five years) from the State of New Jersey permanently without the other parent’s consent or a court order authorizing such removal. This is typically called “relocation” or “removal.”

If the other parent refuses to consent to the relocation, the parent seeking to relocate must make an application to the court (a motion) seeking permission to relocate with the children and explain to the court that they have a good faith basis for relocating. If satisfied that the parent seeking to relocate has a good faith basis for the relocation, the court will order a period of discovery (exchange of documents and information, and may include depositions and a custody evaluation) and a plenary hearing (trial). The standard the court will use to determine whether to allow the relocation is “best interests of the children.”

Our firm has significant experience representing clients seeking to relocate and defended many relocation requests.

New Jersey is one of the few states that requires parents to contribute to their children’s college expenses and authorizes judges to allocate the cost of college among the child and the parents. Many factors are taken into account in such a determination, including, but not limited to, the financial circumstances of the parents and child, the child’s ability, the financial resources and available financial aid. The court must also consider how the continuation of child support while the child attends college impacts the parties financially.

The New Jersey statute represents the Legislature’s efforts to balance the constitutional rights of parents to raise their child, free of interference, with the state’s obligation to protect the child’s best interests. Thus, the focus is on the potential harm to the child and not possible harm to the grandparents.

Before You Sue for Grandparents Visitation Rights

Initially, a grandparent must demonstrate serious physical or psychological harm to the child if visitation is denied. The harm must be particular and identifiable harm to the child, not just a general allegation of harm. Only if that harm is proven will the parent’s right to rear their child as they see fit be overcome. Only then will the court decide the visitation issue, based on the child’s best interests. In that regard, the statutory factors do not limit the court’s discretion in deciding what is in the best interest of the child; rather they are guides.

Pursuant to another statute (N.J.S.A. 52:27D-9.1), the Department of Community Affairs is required to develop a program that makes grandparents aware of their visitation rights and which informs divorcing parents as to the “utility” to the child of “regular and frequent” visitation with their grandparents.

Get in touch with us for more information about your grandparents’ rights in NJ. We will get back to you as soon as we receive your request.

When adoptive parents seek to adopt a child through an approved agency, the child is placed with the adoptive parents by the agency. In such circumstances, the agency will have the birth mother, and sometimes the birth father, sign a surrender of parental rights at least 72 hours after the birth of the child. That surrender is binding upon the birth parents and cannot be attacked absent a showing of fraud, duress or undue influence on the part of the agency in taking the surrender. As a result, a birth parent who has signed an agency surrender is not entitled to notice of the date of the court adoption hearing. This makes New Jersey a very attractive place for families to adopt, as there are no lengthy waiting periods during which the birth parents may come back and disrupt the placement. The preliminary and final hearing is generally handled at one time in an agency adoption.

In a private placement adoption, a child is placed with the prospective adoptive parent(s) directly by the birth parent(s) rather than through an approved agency. However, a home study and post-placement supervision by an approved agency is still required, and an agency will be assigned by the court at a preliminary hearing. In a private adoption, the birth parent(s) may consent to the adoption but do not sign surrenders, which can only be executed through an approved agency. That means that while the consents submitted to the court will be considered as evidence of the birth parents’ intention to give up their parental rights, they consent to adoption is not binding upon the birth parents or the court.
In a private placement adoption, therefore, the birth parents must be notified of the proceeding and afforded the opportunity to appear at the final hearing and contest the adoption. Their parental rights are not terminated until the final hearing, unless a separate termination proceeding is conducted prior to that. In addition, the birth parents are entitled to counseling, legal representation, and have other rights that must be protected and properly documented throughout the adoption process.
The best way to assure these legal standards are met is to work with an experienced adoption attorney such as Deena Betze at BorgerMatez to finalize the adoption of your child.

Agency and private adoptions can be “open” (by agreement only), in which the adoptive family maintains some agreed-upon level of contact with the birth parent or birth family, or “closed,” in which there is no contact between the adoptive and birth families following finalization. New Jersey courts do not currently have the authority to enforce or recognize open adoptions.

Parents who reside in New Jersey and adopt a child from a foreign country may want to re-finalize the adoption in New Jersey for a variety of reasons. Often, they feel it is an easier path to obtaining a New Jersey birth certificate for their child, though re-finalization is not required in order to obtain a New Jersey birth certificate. Depending upon the adoption procedure utilized in the foreign country, how the child entered this country, and other factors, re-adopting in the United States may be a path to citizenship for the child if it was not already obtained.

Sometimes, adoptive parents simply feel that obtaining a judgment of adoption in New Jersey in addition to the foreign adoption decree obtained in the foreign country provides an additional level of protection and finality. In any case, this is usually an abbreviated process that does not require the adoptive parents to obtain an additional home study and usually involves only one post-placement supervisory report.

Often a step-parent or another relative may seek to adopt a child. The prospective adoptive parent (step-parent or other relatives) must file a petition for adoption. While clearances and background checks for the prospective adoptive parent(s) and other adult household members are still required in a step-parent or relative adoption, the court in New Jersey has the discretion to dispense with the home study and post-placement supervision, and require only a limited investigation. Uncontested relative or step-parent adoptions are usually a more streamlined process, but there are still timelines and procedures which must be strictly followed.

Sometimes, an adoption placement becomes contested, usually by a biological parent. Objections to adoption by persons entitled to notice of the proceeding are governed by specific rules and deadlines. The standard of decision for New Jersey courts in a contested adoption is the best interest of the child. If the court finds that the contesting birth parent has failed to exercise the normal parental functions of care and support of the child, remains unable to do so, and that inability is unlikely to change in the immediate future, a judgment of adoption will be entered over their objection. The law in this area is complex and varies considerably from state to state. New Jersey law is rooted in this state’s public policy of providing finality of familial relationships for children and safeguarding the needs and rights of children in need of the protection of the court. This is one reason New Jersey is considered an “adoption friendly” state.

The legal process of adoption can be complicated. There are specific time restrictions that must be adhered to, legal requirements that must be fulfilled, and clearances that must be obtained in order to finalize an adoption. Deena Betze at BorgerMatez has over 25 years of experience in handling all types of adoptions in New Jersey. Deena can including assist you in navigating the steps necessary to finalize the adoption of your child and provide advice if you are considering adoption. 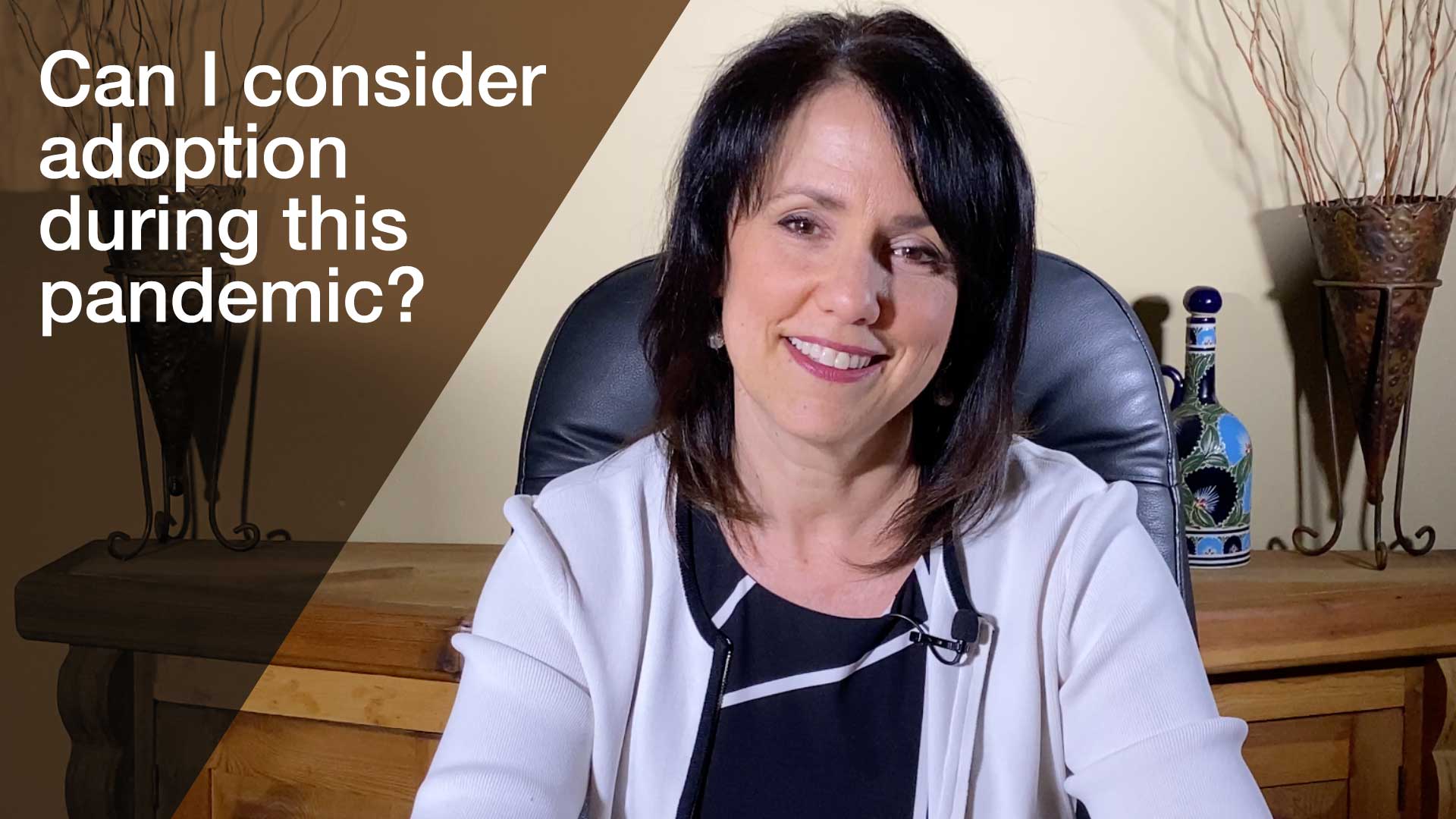 Can I consider adoption during this pandemic?

Watch Deena Betze, Esq. answer this fundamental question about adoption during the COVID-19 time of quarantine and social distancing. 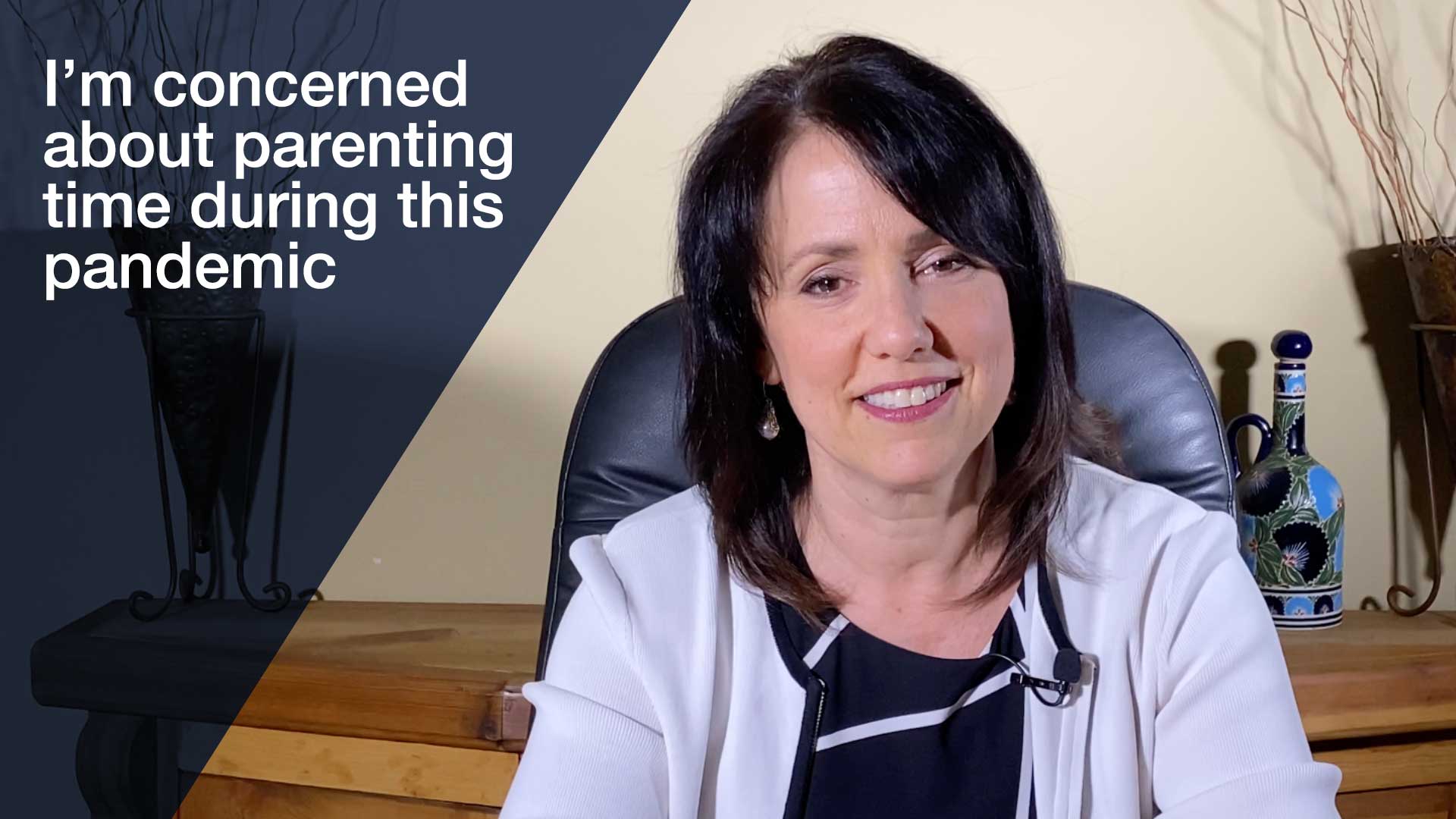 I’m concerned about parenting time during this pandemic.

Deena Betze, Esq. discusses concerns and options couples have to address parenting time issues during the COVID-19 time of quarantine and social distancing.

Hire an experienced child custody lawyer in NJ at BorgerMatez and take comfort knowing a professional will safeguard your rights and support you through the entire process.

Our Other Areas of Practice

Learn about New Jersey's reliable and ethical divorce approaches towards a fair settlement. Choose alternative approaches that match your needs and safeguard your rights